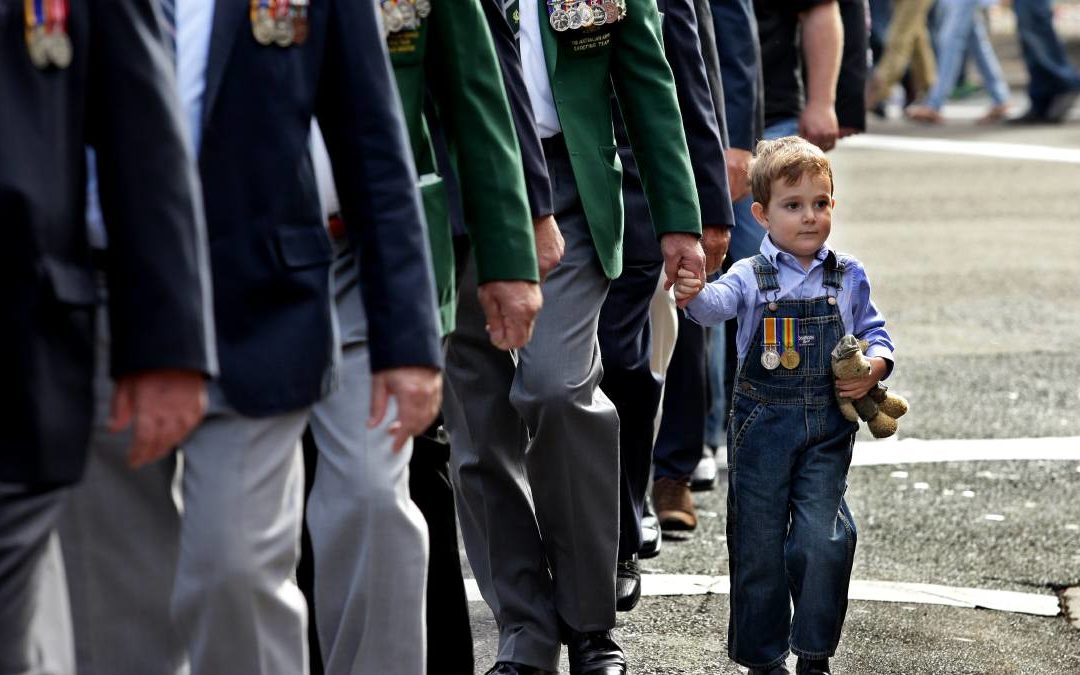 The traditional Anzac ideals of courage endurance and mateship are still relevant today, established on 25 April 1915 when the Australian and New Zealand Army Corps landed on the Gallipoli Peninsula.

It was the start of a campaign that lasted eight months and resulted in some 25,000 Australian casualties, including 8,700 killed or subsequently died of wounds or disease.

The men who served on the Gallipoli Peninsula created a legend, adding the word ‘Anzac’ to our vocabulary and creating the notion of the Anzac spirit.

In 1916, the first anniversary of the landing was observed in Australia, New Zealand and England and by troops in Egypt. That year, 25 April was officially named ‘Anzac Day’ by the Acting Prime Minister, George Pearce.

By the 1920s, Anzac Day ceremonies were held throughout Australia. All States had designated Anzac Day as a public holiday. In the 1940s, Second World War veterans joined parades around the country. In the ensuing decades, returned servicemen and women from the conflicts in Korea, Malaysia, Indonesia, Vietnam, Afghanistan and Iraq, plus veterans from allied countries and peacekeepers, joined the parades.

During the 1960s and 1970s, the number of people attending the ceremonies fell as Australians questioned the relevance of Anzac Day. However, in the 1990s there was a resurgence of interest in Anzac Day, with attendances, particularly by young people, increasing across Australia and with many making the pilgrimage to Gallipoli to attend the Dawn Service.

After a thorough investigation of the Covid-19 rules and regulations covering the various ANZAC Day Services within the CBD of Newcastle City, the ANZAC Day Committee will not stage the traditional ANZAC Day March and Services. Community safety is first and foremost. However, we would encourage all members of the public to consider one of the following options.

Light Up the Dawn

Light Up the Dawn was an idea that originated within the Australian community and was supported and promoted across Australia in 2020, a year of great challenge and change.

As the sun peeked above the horizon, the country stood united – in uniforms or pyjamas, wearing medals, poppies, and sprigs of rosemary – to let Australia’s veterans know that their service and sacrifice will never be forgotten.

Fort Scratchley Firing of the Guns and Open Day